“You will lose everything if you get involved with this company”

“…while Cold Stone is sending out emails to franchisees today telling them not to panic… I say panic! You will lose everything if you get involved with this company, and they will shrug their shoulders and say “That’s Business”!.”  Comment by Former Franchisee – June 16, 2008

“A large number of Cold Stone’s stores are unprofitable and failing. Yet they continue to sell …”

“I owned three stores–two did $500,000 in sales and the other did $400,000. Therefore each of my stores were operating well above the average, yet we were unable to turn a profit… due to a faulty business model and I think Kahala-Cold Stone knows that.

A large number of Cold Stone’s stores are unprofitable and failing. Yet they continue to sell to prospective franchisees on their own website based on statements such as “profit by making people happy” (see: http://www.coldstonecreamery.com/franchises/steps_to_becoming_a_franchisee.html ) and “Cold Stone’s franchise opportunities are about as solid as they come” (see: http://www.coldstonecreamery.com/franchises/franchise_overview.html ). That strikes me as fraudulent… I think Kahala-Cold Stone is a poorly, poorly run company and it’s really starting to show to the public.”  Comment by Cecil Rolle from Tallahassee, FL – June 16, 2008 at 8:27 pm

“I too, a former franchisee was financially ruined by Cold Stone Creamery. I’ve lost more than 1 million dollars and will be paying off debts for the next 10 years. I still have thoughts of SUICIDE and hope to God there is a class action suit that I may one day be a part of. Cold Stone Corporate likes to pass the blame along to the Franchisees when a store is not successful!! It is NOT the franchisee. The reality is that Cold Stone Corporate put too many stores close together….

“I feel sorry for the franchisees left with stores. I know many of them, and not ONE of them is making money in our state. But Cold Stone Corporate continues to make a percentage on every cent of gross revenue.

The company will blame the individual franchisees failure citing that they had “no experience,” or “didn’t work hard enough.” …the majority of those forced to close are decent hard working individuals that took a chance on “The American Dream,” A dream for me and my family that turned into a nightmare!

…I now get to retire in a trailer on a fixed social security income…I live with the stress everyday knowing I let down my family and myself by ever investing in a Cold Stone Creamery franchise and for believing their lies!…”  Comment by Former Franchisee – June 16, 2008 at 8:28 pm

“These guys are the Enron of franchising…”

“…Cold Stone turned out to be the ultimate scam. These guys are the Enron of franchising & some of these guys should be in jail for the lives that have been ruined because of their greed and arrogance!”  Comment by Former Franchisee – June 16, 2008 at 11:43 pm

ARE YOU FAMILIAR WITH KAHALA & THE COLD STONE CREAMERY FRANCHISE? WHAT DO YOU THINK? SHARE A COMMENT BELOW. 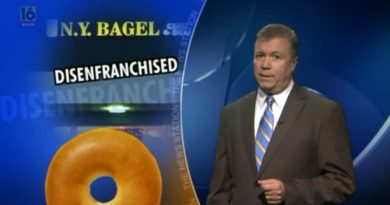 18 thoughts on “Cold Stone Creamery Gets Served by Franchisees”