Have you had contact with UK-based Chipstix seller of franchises, business opportunities & food vending equipment?  Please share your experience or opinions below.

Chipstix provides a kiosk set-up in which the operator can spiral cut a single potato and deep fry it to provide a unique swirled french fry on a stick.  Chipstix markets itself as a novelty food product to be vended at tourist locations, carnivals and fairs.

The Chipstix website claims “Chipstix is the one of the most innovative and successful fast food concepts globally.

“The business has seen significant growth since 2006.

“Chipstix has built a strong, trusted and recognised brand in the food retail industry and has loyal customers following the brand’s progression.


“The Chipstix concept recreates the fun element in the work place by offering a product that is exciting make, look at and taste.

“We believe in pushing the brand to the limit and in so creating a window of opportunity to franchisees like never before with real incentives and opportunities within the concept allowing them to maximise their earning potential.”

Is Chipstix Gary Barnes a “conman?”

There’s not a lot of information about Chipstix’ U.S. franchisees.

The few websites listed for US franchisees are now offline.

Several franchisees complained that they never got the equipment they paid for.

I purchased a Chipstix franchise back in March 2011 for the sum of $5450.00. The additional costs I incured was $800.00 which I was unaware, the kiosk was a rusty old stock with dents and it was not the one I ordered. I have gotten little satisfaction from this company and zero support. I have been lied to constantly and non of my problems have been taken care of. This is a warning to others that might have interest in this franchise. Gary Barnes is the most unprofessional person I have ever dealt with.

The Franchise and local Agency,

Besides numerous demands for delivery the person who claims to be the owner of Chipstix, Mr. Gary Barnes has failed or refused or ignored to deliver. Now its 5 months since.

I made payment to his bank which is in the United Kingdom, where I believe his company headquarters is.

I wonder if this Mr. Gary Barnes is a genuine Chipstix Franchise dealer or just a conman. I am disgusted.

Status of Chipstix Franchisees is Unclear

Here are the U.s. franchisees/distributors listed on the Chipstix website: 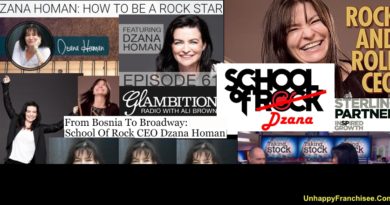