For the past several years, Beautiful Brands International (BBI) persuaded several media outlets to portray it as a vibrant, growing international “franchise powerhouse,” even as it became increasingly obvious that BBI’s franchise efforts and franchise partner program are anything but an entrepreneurial success story.

Once they were confronted with the truth by UnhappyFranchisee.Com, both Tulsa World and Franchise Times reported on BBI’s woes.  However, The Journal Record continues to communicate misleading information on BBI despite having had the truth delivered to them on a silver platter.

Melon instructed TJR writer Ray Tuttle (author of some of the most gushing BBI fiction) to look into the allegations.

Mr. Tuttle emailed UnhappyFranchisee.Com:  “Thank you for alerting me to BBI, these practices and the projections. You raise good points and something that needs attention. After reviewing the website,  I’d be interested in speaking with you.”

Not only did Ray Tuttle not get in touch with UnhappyFranchisee.Com, he demonstrated his dedication to faithfully serving the public relations interests of BBI by publishing some of the same false statements in “Beautiful Brands sues anonymous Internet critic” even after we informed him of their inaccuracy.

For example,  Tuttle he repeated the false claim that “BBI has 297 locations around the world, including franchised units for CherryBerry Self-Serve Yogurt Bar, Camille’s Sidewalk Café, Rex’s Chicken and FreshBerry Frozen Yogurt Cafe.”

Having read my email, Mr. Tuttle knows that BBI does not have “297 locations around the world” and that BBI has no ownership stake in CherryBerry Self-Serve Yogurt Bar.   Mr. Tuttle  and The Journal Record continue to mislead readers by inflating BBI’s franchise sales and unit counts, and deceptively attributing locations that belong to other companies to BBI.

Here’s the email that we sent to The Journal Record, which Mary Melon and Ray Tuttle apparently have chosen to disregard.

Subject: Your coverage of Beautiful Brands, corrections and criticism

Since 2007, The Journal Record has published approximately 67 positive articles and news items about Beautiful Brands International (BBI) and its CEO David Rutkauskas.  Over time, this one-sided portrayal of BBI has likely communicated to your readers that BBI is both an inspirational success story, and a company that they can feel comfortable investing with either as a franchise owners or as one of their “partner” brands.

In recent investigations, I have found a wide disparity between the facts about Beautiful Brands International, and the statements made in your numerous articles and news items.  I believe that The Journal Record may have been provided with inaccurate and misleading information regarding BBI, which you have then passed along to your readers as verified fact.  I believe that BBI may, in turn, use the reprints of your articles as a 3rd party endorsement and a way to obfuscate the troubled and, IMHO, possibly dubious nature of their enterprise.

I believe TJR’s coverage of Beautiful Brands does damage to your publication’s credibility and journalistic ethics, and may even be creating legal liability.  I am writing to request not that you take my word for it, but that you have your executive or editorial staff look into this matter and decide for yourselves, that you issue corrections and clarifications for your most recent story, and that, in the future, you provide more balanced and accurate coverage of BBI and the purported “success story” of David Rutkauskas.

Here are a few examples of misleading and/or downright incorrect representations made about BBI in your recent article “It’s a Beautiful Brands world: Franchiser crossing borders and breaking records” by Heidi Brandes:

Beautiful Brands “has” three franchise brands:  Camille’s Sidewalk Café (29 US locations), FreshBerry frozen yogurt (16 US locations), and Rex’s Chicken (2 US locations).  If you add the U.S. locations on the three websites,  you will see that BBI has 47 domestic locations, not 297 as you claim.

1/21/13, The Journal Record reported: “In 2012 alone, BBI opened 114 stores and has 79 new stores under construction. It has a total of 297 locations around the world, including franchised units for CherryBerry Self-Serve Yogurt Bar, Camille’s Sidewalk Café, Rex’s Chicken, and FreshBerry Frozen Yogurt Cafe.”

BBI does not own CherryBerry.  The CherryBerry Franchise Disclosure Document (FDD) prospectus does not have any mention of any ownership by BBI, and does not list Rutkauskas among its management team.  It seems that BBI is solely a service-provider to CherryBerry, a vendor of sales-support services, a franchise broker.  It would be inaccurate and misleading for a franchise broker to refer to its client’s locations as part of his/her company.

As far as I can tell, Camille’s is a chain in decline (only 137 or so ever opened and most of those have closed), FreshBerry’s domestic growth is flat, and Rex’s Chicken has gone nowhere.  Adding in a growing outside company to the mix might give the illusion that the company is growing, but is not accurate.  Additionally, Ms. Brandes uses the same number for global locations as domestic locations (297).

Why does The Journal Record keep publishing BBI “projections” and promoting the BBI success story?

Last March, Ray Tuttle elevated David Rutkauskas to business legend status, portraying Mr. Rutkauskas as a sports hero who went on to build BBI into a global powerhouse.  But Mr. Tuttle’s hero worship was based (again, my opinion) on misleading and/or incorrect information.

Ray Tuttle’s article in March 2012 borders on idol-worship, and contains many misleading statements.  He claims that BBI employs “20 people at each location, for a total of 4,160 employees.”  He is counting employees from companies that BBI does not own.  Yet the impression is that BBI employs 4.000+ people worldwide.

What is most mind-boggling is Mr. Tuttle’s acceptance of David Rutkauskas record-breaking sales figures and his projections of BBI having 500 franchises in the next few when the BBI projections previously reported by TJR have not proven accurate.

All Mr. Tuttle and his editors need to do is look back in the Journal Record archives to see that your publication has been promoting projections that never happened, partnerships that soon failed, and the signing of thousands of franchises that would never open.

As a somewhat random example, here are claims TJR made in the article “Franchisee opens five Camille’s in Middle East” January 23, 2009:

1/23/09, The Journal Record reported:  “…That brought Camille’s to 137 units at the end of 2008, up six from 2007. BBI President and Chief Executive David Rutkauskas said his Tulsa firm has more than 900 locations in development.”

There are currently 29 Camille’s locations listed on the Camille’s website.  What happened to the 108 cafes that are no longer open?  Did 108 franchisees lose the hundreds of thousands of dollars they invested in Camille’s franchises?

What of the franchisees who paid BBI franchise fees for the 900+ cafes that never opened?  Did they also lose their money?

Why does Ray Tuttle tell the story of the Camille’s franchise as a success story, when it appears that well over 1000 franchise investors may have lost money, and only 29 stores have survived?

Rutkauskas said BBI has more than 30 Coney Beach restaurants in development across the country and portions of the Middle East.”

Coney Beach appears to have been  a dismal failure.  The original franchise closed and it doesn’t appear that the 30 Rutkauskas said were in development ever opened.

“We have six cafes opening by the end of the first quarter,” said Rutkauskas. “FreshBerry will continue to be a major growth vehicle for BBI, with over 200 projected FreshBerry cafes open in 36 months.”

There is no longer a Coney Beach in Bixby and no FreshBerry listed in Houston.  The 200 projected FreshBerry’s never happened and, four years later, there are only 42 FreshBerry locations worldwide. Yet TJR continues to publish BBI “projections” as credible.

1/23/09, The Journal Record reported:  “Rutkauskas, who would not provide revenue figures, expressed targets for two other concepts yet to debut. He projects 15 Rex’s Chicken restaurants will open by 2010, while Dixie Cream Donuts franchisees open 300 of those pastry shops by 2012.”

There are currently 2 Rex’s Chicken locations (co-branded) listed on the website and it doesn’t look like BBI got ANY of the 300 Dixie Cream Donuts franchises open it said it would have by 2012.  In fact, Rutkauskas, BBI & Dixie Cream are being sued by their Middle East master franchisee EABG.

You can learn much more about BBI here:

I hope that you will look into these matters, print corrections as you deem appropriate, provide more balanced reporting on BBI with more thorough due diligence in the future.

Thanks for your consideration,

ARE YOU FAMILIAR WITH THE JOURNAL RECORD, THE DOLAN COMPANY OR BEAUTIFUL BRANDS INTERNATIONAL?  SHARE A COMMENT BELOW. 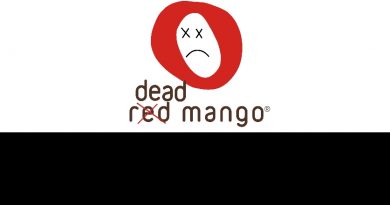 3 thoughts on “BEAUTIFUL BRANDS: UnhappyFranchisee.Com Email to The Journal Record”