This post was originally published in July, 2009 on Franchise Pick, and was updated November 11, 2009.

We’ve been following and documenting the unfortunate decline of this once-promising concept in a series of posts, supplemented with commentary from Ricky’s franchise owners, ex-franchise owners, employees and corporate executives.  Read them here: Ricky’s Candy, Cones and Chaos® is the ultimate ice cream and candy experience for customers—and a franchise opportunity for you!

It includes thousands of bulk candy choices; a delicious super-premium ice cream you make in the store; candy novelties and other great gifts; and a color-filled party room terrific for kids’ birthdays.

These three business centers—candy, cones and ‘chaos’—provide an all-season business opportunity for the dedicated franchisee.

A July 9, 2009 post we made stated that of the 18 locations that had been listed on the company website in recent years, only 5 remain in operation as Ricky’s stores.  In fact, 2 of the locations currently listed as open on the corporate site were, in fact, closed.

Additional woes for the sweet concept gone sour include a group action lawsuit filed by franchisees last year, and a franchisor bankruptcy filing that was allegedly rejected.

Rickys Candy Cones and Chaos is now run by Mr. Donald William Cheng as of May, 2009. The Princeton store is undergoing a restructuring and is out of bankruptcy. New changes are being effected to combat the changes in the business environment. The current economy has impacted the retail sector much more heavily than others.

The Ricky’s candy, cones and chaos model was heavily dependent on a robust economy where parents splurge on their children and friends. However, as the economy worsened, more people became budget conscious and retailers have to react by providing better value and Rickys did not adjust fast enough.

Ricky’s Candy, Cones & Chaos will be closing its doors in November due to a raise in rent after seven years on Springfield Avenue.

“We just can’t afford to stay here,” said Donna Dill, the manager of the store.

Dill said that business has been slow for a while, and at the time of the interview no other patrons were shopping in the store.

Dill mentioned that the economy could be a reason why many stores in the Summit area are closing up shop or moving to different locations.

“The economy’s not that great,” she said. “I see so many vacancy signs, it makes me sad.”

Ricky’s will be closing by the end of next month, although there is not a specific date at this time.

At the last count by Summit Downtown Inc. in August, there were about 20 vacant storefronts, Tony Melchionna said. At that time it was the most he said he’d ever seen in downtown Summit. 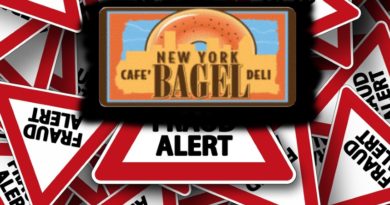