According to the Saratogian, multiple factors prompted the owners of a the Saratoga Springs Quiznos to close the store’s doors, from competition to nearby roadwork to Quiznos corporate’s mark-up of required purchases. The franchise had been open for about 2-1/2 years, but locked up Friday, posting the dreaded sign: ""Thank you to our valued customers, but due to economic hardships beyond our control we are now closed." According to the Saratogian:

"We tried to make it through the track season," said Dan Warren of Saratoga Springs, part of a four-person ownership group. "September is one of the slowest months of the year, so it was time." Other owners are Rob Tecler of Saratoga Springs, Mike Beshara of South Glens Falls and Neil Rinehimer of Jupiter, Fla.

"It’s probably everything," Warren said about the reason for the store’s closing. "There’s a lot of competition in Saratoga Springs. Plus, our location was a poor location. They’ve been doing road work out front for the past six months. That cut our sales in half."

Warren said that store owners are required to buy products from Quiznos at above-average prices. Similar complaints were made in a Wisconsin lawsuit that says Quiznos licensing agreements compel franchisees to buy all their supplies – from sandwich meat to paper towels – from Quiznos-owned vendors that charge higher prices than those of independent suppliers. The New York Times reported the corporation receives millions of dollars in rebates from these vendors. Quiznos has been the target of several lawsuits related to its treatment of franchisees, according to the Web site Wikipedia.org. A New Jersey lawsuit relates to the $25,000 in licensing fees Quiznos charges its franchisees. The lawsuit contends that Quiznos often collects and pockets this fee without fulfilling its obligation to find store locations.

Warren said that he and partners also purchased rights to open a Wilton Quiznos, but didn’t pursue it because the Saratoga Springs store didn’t perform as well as they had hoped. Last year, a Quiznos store owned by Steve Baker on Route 50 in Ballston Spa closed. That site is now occupied by Russell’s Deli.

Roger Sharp of Saratoga Springs owns Quiznos stores in downtown Glens Falls… "Both of my stores are making money," he said. "The season in Lake George, considering the weather, wasn’t that bad. We had so much rain this year." Despite their profitability, Sharp said that his stores are for sale… With more than 5,000 U.S. shops, Quiznos is the country’s second-largest submarine sandwich shop, but still much smaller than industry leader Subway. 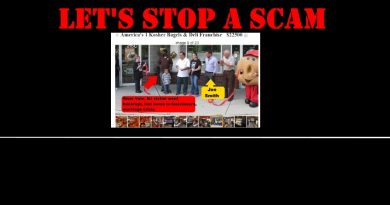