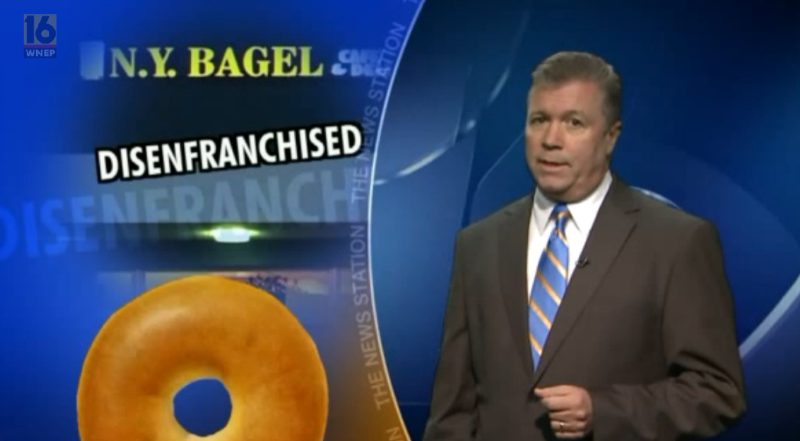 Once the $24,500 fee cashier’s check was cashed, Mason referred him to a shady “lender” named Howard Fichman who wanted to charge Willis an exorbitant fee to sign him up for hundreds of thousands of dollars in high-interest credit cards.

Even after being confronted with the illegality of the sale and contractually promised return of the fee, NY Bagel President Joe Smith refused to return Willis’ hard-earned money.

We have heard the same story from dozens of other victims.

Amber Robinson, a military veteran and widowed mother of two, is in the group that is smaller in number but whose losses are much higher:  Those who used their own funds and opened a NY Bagel Café franchise.

Although NY Bagel Café has never been legally registered to sell franchises in California, Mason sold her an illegal franchise for Tracy, CA.

Her NY Bagel Café store closed 6 months to the day after it opened.

Joe Smith and Dennis Mason have gone to great lengths to hide the nearly 40 failed stores and the fact that the NY Bagel Café operating model simply doesn’t work.

John Willis and Amber Robinson were both interviewed by investigative reporter Dave Bohman.  UnhappyFranchisee.Com publisher Sean Kelly worked behind the scenes with Bohman, put him in touch with victims and showed him how to cut through the NY Bagel façade of success.

Thanks Dave Bohman, John Willis and Amber Robinson for helping us warn potential victims of the NY Bagel Cafe scam.

ARE YOU FAMILIAR WITH NY BAGEL CAFÉ, THE NY BAGEL CAFÉ FRANCHISE OPPORTUNITY, JOE SMITH OR DENNIS MASON? PLEASE SHARE YOUR OPINION BELOW or Contact UnhappyFranchisee.com

One thought on “NY BAGEL SCAM Victims Are Speaking Out!”