A class action lawsuit against Quiznos Subs was filed on July 3 on behalf of Pennsylvania franchisees by attorney Peter J. Daley and Associates, P.C. The litigation arises from the illegal business scheme by Quiznos and its "web of affiliated entities and individuals who control and operate the Quiznos franchise system," according to the Complaint filed in the U.S. District Court.

Through the alleged scheme, Quiznos is accused of having fraudulently induced franchisees into the system and then exploited their control and economic power in order to extract exorbitant and unjustifiable payments and expenditures from them. The lawsuit states, "As a result, Defendants [Quiznos] reap grossly inflated sales and profits creating an illusion of corporate growth and business prosperity while causing substantial, permanent, irreparable financial harm to existing franchisees."

…A number of other class action lawsuits have been filed over the past few years in various states including Colorado, Illinois, New Jersey and Wisconsin, as well as a national class suit, all by lead attorney Justin Klein, Marks & Klein law firm in Red Banks, New Jersey.

The class action Complaint explains the two primary components to Quiznos’ alleged scheme. The first claims that after the sub-sandwich chain induces franchisees into the system by misrepresenting the facts, it further takes advantage of the store operators by saturating geographic areas with more restaurants than can reasonably be supported….

The second component of the lawsuit accuses Quiznos of exploiting the overwhelming economic power it holds over its franchisees by creating a captive artificial consumer market, comprised of all of its franchisees, for products and services that it requires to start and continue a franchise business. While concealing its own relationship with its vendors, Quiznos also uses exclusive control over the franchise system, forcing franchisees to purchase unneeded products at unreasonable prices, and to accept coupons from customers for free or highly discounted products. 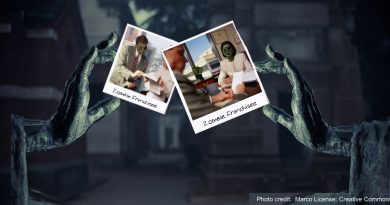