There are disturbing allegations about the Fetch! pet care franchise opportunity scattered across the Internet, but no cohesive franchise story as of yet.

Paul Mann is not beloved, by any means, by the independent pet sitters he competes with nor those who post as disgruntled franchise owners. It seems clear that the Fetch! Pet Care franchisor has played fast and loose in terms of franchise compliance in registration states.  The Attorney General of Maryland issued a Consent Order[pdf] alleging that Fetch! Pet Care sold unregistered franchises in its state, and the CA Department of Corporations issued a Notice of Violation [.pdf] for noncompliance with its franchise laws.

If you’re familiar with the Fetch! Pet Care franchise opportunity and its founder, Paul Mann, please share your impressions below.

Here are some of the warnings posted on the Internet regarding Fetch! Pet Care franchise:

Deborah posted this comment on 4/24/11 on Crain’s NY Business:

“I pity the people that may have purchased a Fetch franchise.  Paul Mann is under investigation by multiple states for NOT being legally registered to sell franchises in certain states, including New York!  And, more than one former franchisee is suing Paul Mann and Fetch for fraud.  The state of New Jersey is also looking into Paul Mann’s business activities, with regard to classification of contractors.  The state of NY requires that Fetch pet sitters be classified as employees but the franchisor continues to promote a failed and illegal business model… Check public the records: Fetch was fined for misclassifing contractors and recently, the franchisor had to refund monies to victims that were sold franchises in New York illegally.”

“…2 [New Jersey] franchises, Greater Wayne-East Hanover and Somerset Hills-Long Valley, are joined in a law suit against Fetch and Paul Mann. In addition, at this point, one—Greater Wayne is being audited by the state of NJ. Contrary to buzz, the case has not been moved to California. It is before the Appellate Court of NJ.

Paul Mann and Fetch were served with complaints on the following counts:

On ComplaintsBoard, 11/13/10 sjtlymt wrote under the heading “Franchise CEO Dishonest”:

”Be very cautious before you get engaged with the purchase of a Fetch! Pet Care franchise. They are experiencing a lot of problems due to compliance issues with each individual state labor law. In my experience the current Fetch! franchise owners tend to be extremely responsible, caring and animal-dedicated individuals. It’s the corporate office you need to be cautious of.

”The sales numbers they “projected” tended to be grossly inflated from the actual numbers of franchise owners we spoke with. Working with pets seems like such a wonderful way to make a living; however, please, help yourself by going through a thorough due diligence process. Learning your state labor laws, the cost of insurance (liability, damage, workers comp., unemployment, etc., etc., etc.) the increasing franchise fees each year you’re in business, the difficulty of finding/retaining quality Pet Sitters, the number of fixed monthly expenses, and understanding the massive responsibility/stress of caring for people’s homes and dearly beloved pets.

”As any small business owner will tell you, all of the “small” monthly expenditures/taxes that you don’t always figure, really eat into your margin and make it difficult to be profitable….”

“All of the Fetch Pet Care franchises in the state of Oregon have closed due to the business model created by scam artist Paul Mann is not legal! It’s not legal in his own state of California! Paul Mann is a thief! Numerous franchises have had to deal with being audited by their state, and have found out the business model of using independent contractors as pet sitters isn’t legal since their being instructed directly by the local franchise they are in fact misclassified as independent contractors, and are in fact employee’s. Their is simply not enough margin in the pet sitting business to pay for employee’s. DON’T PURCHASE THIS FRANCHISE SCAM!”

ARE YOU FAMILIAR WITH THE FETCH! CARE FRANCHISE & FOUNDER PAUL MANN?  SHARE A COMMENT – POSITIVE OR NEGATIVE – BELOW. 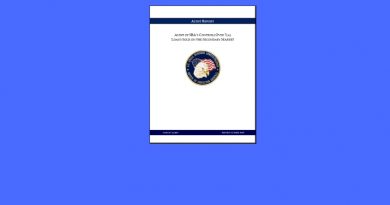