Other owners of CherryBerry frozen yogurt franchises, which are marketed and sold by Tulsa-based Beautiful Brands International, are also experiencing declining sales, according to franchise owner Candace Wright.

The closing of the Derby, Kansas CherryBerry was reported in the Derby Informer.

“After nearly 18 months of operation, Terry and Candace Wright of Derby have made the decision to close CherryBerry, their self-serve yogurt bar.

“CherryBerry will officially close at the end of business this Saturday, Dec. 22.

“Candace said the reason for the closing is falling sales over the past several months and the fact that other stores in the franchise have experienced similar declines which have resulted in closings.”

Is the Frozen Yogurt Boom Going (or Gone) Bust? The comments made by CherryBerry franchise owner Candace Wright suggest that frozen yogurt concepts such as CherryBerry may have a difficult time weathering these tough economic times.

According to the Derby Informer article:

The Derby CherryBerry experienced huge sales in its initial months, but the store was not able to maintain them. [Franchisee Candace Wright] said that has been common with other stores in the chain as well.

The yogurt business offers a novelty to customers, she said.

“When people are watching their money, they feel it is more important that they are feeding their family food and not a novelty product,” she said.

Today is Cherryberrys last day…. Come in and get one last cup of yogurt…

Thank you for all your support DERBY!!!!

UnhappyFranchisee.Com extends its condolences and best wishes to franchisees Terry and Candace Wright of Derby. 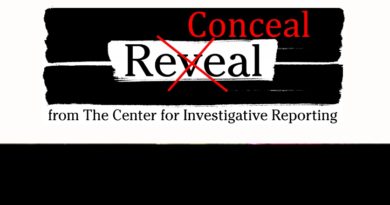