UnhappyFranchisee.com’s Quiznos Woes:  Franchise Karma is a B*tch series looks back at the misdeeds and misplaced priorities that led to the current Quiznos financial crisis.

Let’s start off with the alleged unreturned franchise fee scam.

On August 27, 2007, Sean Kelly published “How to Make $75 MILLION in 3 EZ Steps!” on the Franchise Pick blog.  Instead of focusing on building successful franchises, according to Kelly, Quiznos used the franchise sales process to extract $75 million in unreturned franchise fees for stores that would never open.

How Quiznos invented the Everlasting Gobstopper of franchise fraud. Allegedly.

So, you say you want to make $75 million, but you have no special skills, work ethic or motivation? No problem! If you follow this secret formula and these three EZ steps, you will have $75 million in revenue in no time. And you won’t have to do ANYTHING to earn it. Guaranteed.

“But I barely know how to make a sandwich, much less run a sandwich shop!” Enough with the negativity! I said sell franchises, not open franchises.

STEP #2: Include a deadline for them to open their sandwich shops

Using the magic System Q franchise agreement, your franchisees will agree that if they don’t find an approved location and open their shop within a given timeframe, you get to keep their money(!) Pssst… Guess who approves the locations?

STEP #3: When they fail to open, keep their money!

That’s right. You not only keep their money, but they’ll sign a release saying you are liability-free, and they’ll promise not to say any bad things about you. Send me 10%, then go buy a yacht!

Skeptical? Learn How Quiznos (Allegedly) Made $75 Million in 3 EZ Steps!

Janet Sparks (a kill-joy franchise writer who never could keep a secret) spilled the beans in a story on BlueMauMau.org. Seems some whiny franchisees continue to act like royal pains in the toasted buns. They’re combining their lawsuits into a Class Action Combo, and Supersizing their complaint:

The amended version alleges that Quiznos fraudulently induced prospects to purchase franchises at a price of $20,000 to $25,000 each, knowing that their stores would never open. It states that, according to Quiznos’ own figures, it sold more than 3,000 franchises that never opened, resulting in approximately $75 million in revenues for the franchisor, without providing anything in return to the purchasers.

The brilliant part (allegedly brilliant part, mind you) is that Quiznos can basically disapprove every location suggested, forcing the franchisees to fail to meet their obligations. Quiznos can then threaten to hold them liable for lost future royalties. The franchisee has no choice but to sign a liability release and an agreement to keep their stupid, ungrateful mouths shut (or else).

It’s amazing they have gotten away with such obvious un-ethical business practices. Until the government really sees and acknowledges this as evil and as a scam to get the honest working people of our countries money nothing will be changed. There should be stricter laws that throw out one sided UFOC’s. Until this is accomplished it will allow these crooks to get away with robbing people. How many people does it take before our government changes the laws to stop all this insanity? All I hear is do your due diligence. I believe it begins with laws to protect the honest individual. Let’s face it the honest person doesn’t think like a crook. You have to think like a crook to be a crook. Isn’t that why we have laws to protect the people?

Barb said:Until the government really sees and acknowleges this as evil and as a scam to get the honest working people of our countries money nothing will be changed.

I agree with everything you’ve said except that nothing will be changed until the laws are changed. The Internet and sites like franchisepick.com, bluemaumau.org, Michael Webster’s biz op blog, Franchise Pundit, Joel Libava’s Franchise King blog, Rip-off report, franchise chat forum, and provide a forum and unfettered discussions that have never existed before. While the laws certainly should change, consumers have a lot more information and caveats as to scams, ripoffs and bad deals – franchised and non-franchised.

People need to realize that the government will not protect you from bad business deals, and even fraud. Look at late night tv: Phony preachers hawk donations with fake faith healing, tons of get rich quick and weight loss scams are sold using fake testimonials by actors reading from a script, famous people push exercise gadgets, investments, insurance scams, adjustable beds at 3X retail and snake oil. It’s not likely to change soon.

The franchisees and ex-franchisees who leave comments about their experiences are making a difference warning others. Until these laws change, prospective franchisees should pay an experienced franchise attorney to review any document before signing.

I agree you should see a franchise lawyer. But you have to agree the average person who never had to use a lawyer before doesn’t even know there is such a thing as a franchise lawyer. Usually people who look at site’s like this is after the crime is over. People need protection because it takes an incredible amount of time to understand what the franchise world is about. Not everyone knows as much as you Sean. The average person needs protection by enforcing bad franchises to disclose all material facts. More laws to protect the honest hard working person who doesn’t know how the franchising world works. You have to admit there are few good franchisors. And that is why we need laws so ethical business practices will be enforced. Just read all the complaints on the internet. Consistant, real and disturbing that the unethical franchisors get away with misrepresentation, non-disclosures and exagerating material facts. 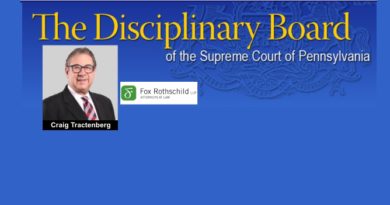