(UnhappyFranchisee.Com)  Emotions ran hot as 7-Eleven franchisees and corporate management gathered in Las Vegas.  According to 7-Eleven, Inc. CEO Joe DePinto, the 2015 7-Eleven Experience at the  MGM Grand is an event where franchisees can provide feedback and share what’s on their minds.

Protest supporters are invited to submit protest or meeting photos by emailing them to us at UnhappyFranchisee[at]Gmail.com.

Detractors are invited to submit opinions below or by email as to why staging a protest at the 7-Eleven franchisee meeting is inappropriate or counterproductive.

This is our chance to recognize and celebrate our Franchisees.

It is your chance to attend an event tailored to you.  An event where you can provide your feedback and tell us what’s on your mind.

In recent months I’ve heard from many Franchisees about important issues that we need to discuss.

Joe DePinto stated that there will be “four interactive break-out sessions based on the topics most requested by you franchisees.

Noticeably absent from Joe DePinto’s list of topics is the concern raised in a number of recent lawsuits:  Whether 7-Eleven, Inc. is discriminating against South Asian franchise owners and illegally seizing great numbers of their stores to resell for profit and/or internal political reasons.

Also absent from Joe’s list is the topic of whether 7-Eleven, Inc. is making a deliberate effort to change the ethnic make-up of its franchisee base by selling primarily to non-South Asians, as is suggested by a certified statement by former franchise salesperson Janet Corral. (7-ELEVEN Covering Up Illegal Plot to Purge Indian Franchisees, says Attorney) 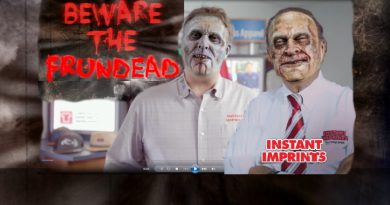